Saint-Emilion, a place to enjoy gastronomy

Inspectors awarded 70 new stars in the Michelin Guide France for 2017, revealed at a ceremony in Paris on February 9th. Several Bordeaux château owners had reasons to celebrate. 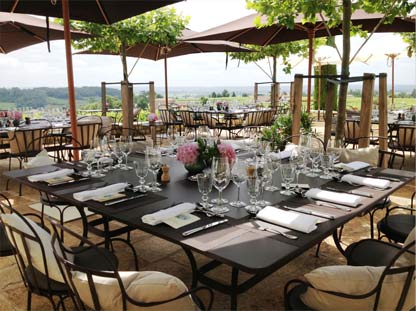 Last but not least, there is Les Belles Perdrix, who maintains its 1 star. Owned by and adjecent to Château Troplong Mondot, this restaurant benefits from an exceptional location high up in the rolling vineyards of Saint-Emilion.

In 2017 the small and charming medieval village of Saint-Emilion offers no less than 3 Michelin-starred restaurants. It is time to come and discover!

B&B Bleu Raisin is situated at no more than 15 minutes from all of these the restaurants. Waking up with a view to the vineyards is all you need to complete your journey to the Bordeaux region: https://www.bleuraisin.com/en/